We value this shared session as one for Black people and Black-led co-op workers. Attendance at this session is limited to Black participants only. This is a crucial move towards honoring safety while our co-ops grow and resist systems of racism.

If we’re serious about our co-ops being a force for racial equity in our communities, we have to look at who is getting the opportunity to build their financial stability and wealth through and with the co-op not only by working at our co-ops, but through getting the opportunity to be featured vendors and sell products to our stores . LaDonna Sanders Redmond will share a case study of the Weavers Street Co-op Equity Alliance, a Black employee affinity group within the co-op. She will guide us in thinking about how we can build upon their example to move our co-ops beyond talking about racial equity to taking action to build racial equity, no matter what stage or size our co-op is at. The Weavers Street Co-op Equity Alliance not only assessed what vendors currently had access to the co-op’s shelves to sell their products, but created the Game Changers, a title given to companies and brands on the co-op’s shelves “whose ownership is 51% or more BIPOC (Black, Indigenous, or People of Color)”. The goal of Game Changer was to help vendors “build their brand reputation and allow for sustainable growth” of their businesses. Come learn about how this initiative was envisioned and built to center Black leadership and needs, and imagine with your co-op peers how these lessons can be taken back to your startup food co-ops and put into action now, rather than “some day”.

The perception of profitability is often mentioned as a general challenge when conducting market research studies for cooperatives in underserved communities. What would it look like if there were culturally relevant principles adopted by researchers and financial institutions that amplified an alternative narrative in market studies? A narrative that highlighted the collective assets and social capital unique to Black communities. Join the session led by Damilola Odetola, Vice President of the National Cooperative Bank, to discuss and develop potential principles for culturally responsible market studies.

If our goal is to create co-ops that adhere to our values, serve our communities, and are profitable enough to thrive, how do we lay a foundation that ensures success? Good governance and strong organizing are essential requirements for self-sustaining organizations. Governance and organizing combine our skills, talents, and resources to ensure they are used most effectively. These basic foundational tools must continue to be developed and deployed over time. This interactive workshop encourages participants to explore these topics as they relate to any co-op’s stage of development.

Finances and fundraising can easily become barriers to our success. What solutions exist for acquiring needed funding for cooperatives? Long-term and life cycle funding strategies are needed to ensure the sustainability of cooperatives. Attend this session led by Olivia Chatman, Program Associate of the Food Initiatives at Reinvestment Fund to explore existing funding opportunities and strategies for building and sustaining Black-led cooperatives.

In this half-day intensive we’re going to figure out exactly where your startup is at and map where it is going, by when. Ready to get to work? Starting from your co-op’s vision and the exact moment it’s in in the three areas of startup development work – organizing, governance, and business development – we’re going to map your co-op’s trajectory to open on a timeline, then build the plans for what needs to get done over the next year and when, and then start your co-op’s 6 month work plan. When we have a strategy, mapped to a timeline, and turn it into clear short-term goals we can can put a fire under our co-ops that will amp up your membership growth, your ability to bring new owner-organizers on board to get the work done, and your board’s ability to lead your co-op forward effectively. No matter what stage of development your co-op is in, from stage 1 to stage 3, this session will energize your organizing by giving you the tools to build a clear map forward. You will walk away from this session with a rough draft timeline, clearly identified 1yr goals in each area of work, and the beginning of a 6 month work plan. It’s GO time!

How Startups Can Impact the Local Food Economy

A common vision for startup food co-ops is that they will foster local economic development, including but not limited to the purchasing of local products.  Indeed, data from existing grocery co-ops indicate that 25% to 35% of food co-op sales do in fact come from local suppliers, and local food producers routinely say that co-op grocery stores are the most farmer-friendly customers they have.  Local economic impacts can be magnified when there is more than one food co-op in a community or region.

So, what does it mean to have a local foods system and what might that system look like?  Come to this session to discuss those questions.  Hear a case study about one such system at scale, and lessons learned about strategies that make such a system work. Explore possible resources that might assist you in creating the impacts you desire.

James Collins is the Senior Director of Supply Chain for Twin Cities Coop Partners (TCCP) and oversees Coop Partners Warehouse (CPW).  He has worked in the Food and Beverage Industry for over 20 years, primarily in distribution, logistics and supply chain.  James specializes in helping small to mid-sized companies grow by focusing on profit and process improvement, team development, change management, strategic planning and technology and systems integration.

Kevin Edberg is the Executive Director of Cooperative Development Services, a role he has held since 2000. He has worked with cooperatives in multiple sectors for over 25 years.  Since the early 2000s, he and CDS colleagues have developed a model that resulted in the success of over 100 new consumer-owned grocery co-ops nationwide.  He is currently working with new applications of the co-op model to address issues of rural community vitality and employee ownership.

Dave Gutknecht is anetworker and writer for cooperatives and has been since 1974, including as editor of food co-ops’ national trade magazine during 1979–1985 and 1985–2019. A Minnesota native from farm co-op territory, personally dedicated to local food systems including 14 years as manager of a thriving local farmers market, Dave also contributed to studies in 2014 and 2019 of the “Twin Cities Cooperative Local Foods System,” highlighted in today’s presentation.

Ben Sandel is a member-owner of Columinate, where he designs and facilitates single and multi-day retreats for leadership teams on governance, strategic direction, capital-raising and improving performance.  He has guided and supported co-ops nationwide in raising millions of dollars for new stores, expansions, and startups.

Matthew Schlimme refers to his first 20 years in the produce industry as training to prepare him for a fruitful career at Coop Partners Warehouse (CPW). His career started with Whole Foods Market produce departments in Omaha and Milwaukee and has included subsequent work at J&J Distributing, National Co-op Grocers, and Indianapolis Fruit before joining CPW their Senior Supply Chain Manager in a role that allows him to support small and local farmers who go above and beyond organic standards, supporting co-ops and independent retailers fighting to maintain market share, and consumers who are eager to have access to a wide array of responsibly sourced produce.

6:00pm-8:00pm (Transportation will be provided to/from the hotel to the Delta Beer Lab)

Delta Beer Lab serves as a community destination and brewery in Madison, WI. Their Social Laboratory/Taproom is welcoming to all, and they strive to expand community through quality, local craft beer. At the brewery, you’ll find not only craft beer, but also craft sodas (root beer, orange cream, and cherry) and hard seltzers made by Delta Beer Lab, and kombucha on tap from NessAlla and Forage Kombucha, both brewed right in Madison. We will also be inviting some vendors to provide samples. You might be interested in offering their products at your co-op!

The reception will be catered by Banzo of Madison featuring a “Build Your Own Banzo Bar.” Their made-from-scratch menu is based on traditional Mediterranean recipes, with their own signature touch. Their focus is on high-quality ingredients, which often come from local sources. banzomadison.com.

You don’t want to miss this fun event!!!

Many Thanks to Our Sponsors 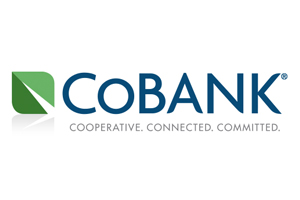 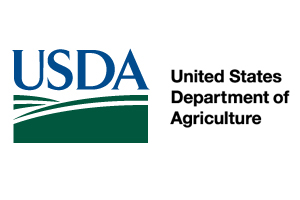 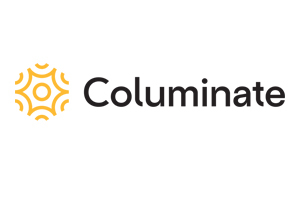 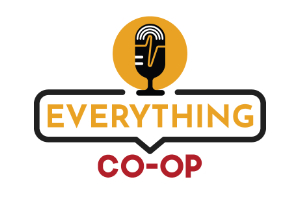 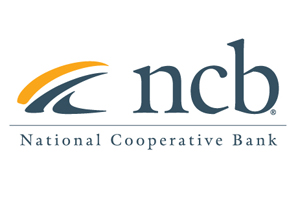 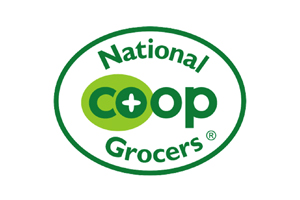 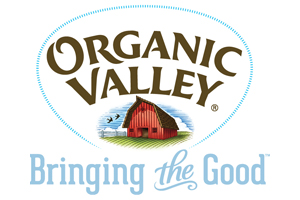 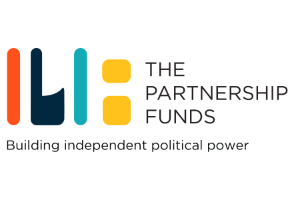 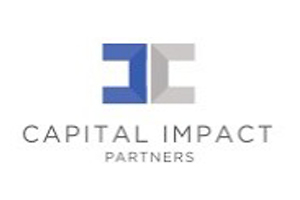 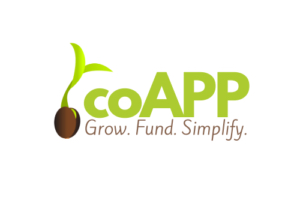 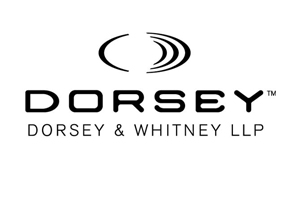 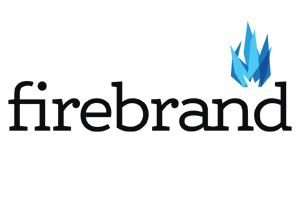 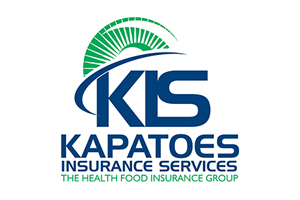 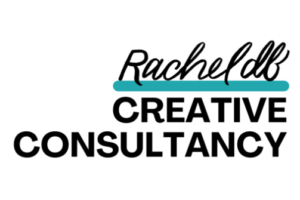 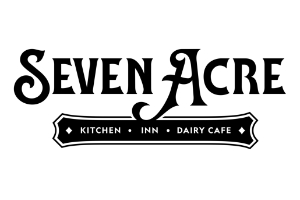 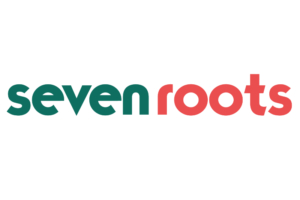 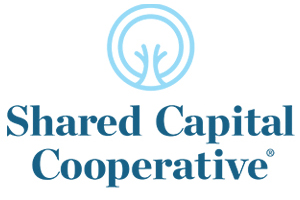 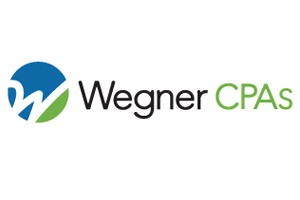 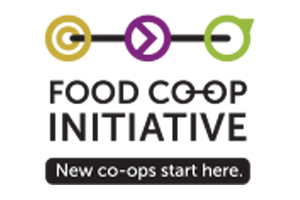 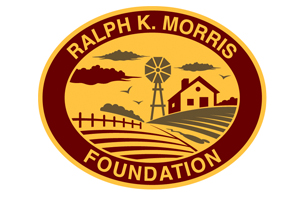